he Dunwich Horror Sented by Rebecca 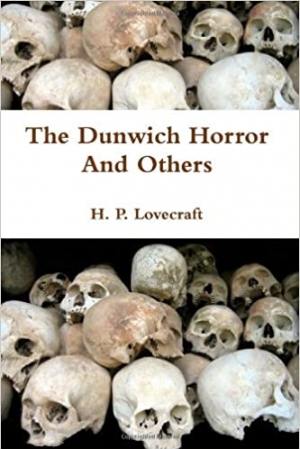 The story of Wilbur Whateley, son of a deformed albino mother and an unknown father, and the strange events surrounding his birth and precocious development. Wilbur matures at an abnormal rate, reaching manhood within a decade--all the while indoctrinated him into dark rituals and witchcraft by his grandfather.
Download book (pdf - 386.68 KB)
This link for educational purpose only. Please remove file from your computer after familiarization.

H. P. Lovecraft (1890 - 1937) was the most important American horror fiction writer of the first half of the 20th century whose fiction, especially about the Cthulhu Mythos universe, spanned both time and space.

He never achieved financial success; however, he did become good friends with several big writers, notably Robert Bloch (Psycho) and Robert E. Howard of Conan fame. The "Cthulhu Mythos" grew out of the Lovecraft Circle, a writing group where everyone shared in Lovecraft's Mythos stories. The most famous of these were "The Call of Cthulhu" and "At the Mountains of Madness".

Many novels and stories have come from his Mythos tales, one of the most famous being The Necronomicon, written by the "Mad Arab" Abdul Alhazred, which first appeared in Lovecraft's story "The Hound".

Lovecraft's health and financial situation began to fail seriously in the mid-1930s. He died in 1937 of cancer of the intestine, never knowing what a giant of the horror genre he was to become.