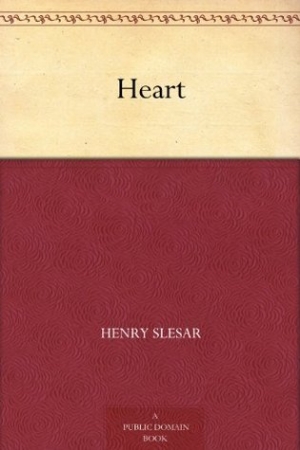 Monk had three questions he lived by: Where can I find it? How much will it cost? When can you deliver? But now they said that what he needed wasn't for sale. "Want to bet?" He snorted.
Download book (epub - 149.38 KB)
This link for educational purpose only. Please remove file from your computer after familiarization.

Monk had three questions he lived by: Where can I find it? How much will it cost? When can you deliver? But now they said that what he needed wasn't for sale. "Want to bet?" He snorted.

Systole ... diastole ... the Cardiophone listened, hummed, and recorded; tracing a path of perilous peaks and precipices on the white paper.

The eyes of Fletcher Monk replied. Rostov knew their language well enough to read the glaring messages they transmitted. Indignation ... "Don't use that commanding tone with me, Doctor!" Protest ... "I am relaxed; completely relaxed!" Warning.... "Get me out of this electric chair, Rostov!"

The physician sighed and clicked the apparatus off. Swiftly, but with knowing fingers, he disengaged his patient from the wire and rubber encumbrances of the reclining seat. Fletcher Monk sat up and rubbed his forearms, watching every movement the doctor made as he prepared to study the results of his examination.

The physician shook his head sadly. He handed Monk his shirt and waited until the big man had buttoned it half way down. Then he returned to the Cardiophone for a more critical study. A fine analysis was hardly necessary; the alarming story had been told with the first measurements of the heart machine.

"Cut it out," said Monk brusquely. "You've got that death's-head look again, Rostov. If you want to say something, say it."

"You were tight as a drum," said the doctor. "That's going to influence my findings, you know. If you hadn't refused the narcotic--"

"It would have relaxed you--"

"I was as relaxed as I ever am," the other man said candidly, and Rostov recognized the truth of his analysis. Monk lived in a world of taut muscles and nerves stretched out just below the breaking point. Tenseness was his trademark; there was no more elasticity in Monk's body than there was in the hard cash he accumulated so readily.

"Well?" the patient jeered. "What's the verdict, you damned sawbones? Going to throw away my cigars? Going to send me on a long sea voyage?"

A Kiss from the Heart