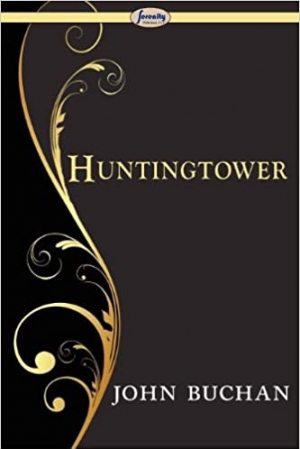 Huntingtower is a 1922 novel by the Scottish author John Buchan. It is the first of his three Dickson McCunn books. The action takes place in Scotland, in the district of Carrick in Galloway.Plot summaryHaving sold his Glasgow grocery-store business, 55-year-old Dickson McCunn decides to start his retirement with a walking holiday in the district of Carrick in Galloway
Download book (epub - 933.68 KB)
This link for educational purpose only. Please remove file from your computer after familiarization.

Huntingtower is a 1922 novel by the Scottish author John Buchan. It is the first of his three Dickson McCunn books. The action takes place in Scotland, in the district of Carrick in Galloway.Plot summaryHaving sold his Glasgow grocery-store business, 55-year-old Dickson McCunn decides to start his retirement with a walking holiday in the district of Carrick in Galloway. At a local inn he meets John Heritage, a poet and ex-soldier, as well as an unnamed young man who asks after a place called 'Darkwater' that nobody has heard of.McCunn and Heritage decide to spend the next night at the village of Dalquaharter where they are taken in by a local widow, Phemie Morran. They investigate the local big house, Huntingtower, where – although the place is ostensibly empty – they hear a woman singing. Heritage recognises the voice as that of a Russian princess he had fallen in love with from afar when his battalion had been posted to Rome some years earlier.On a camping holiday nearby are the Gorbals Die-Hards, a group of street urchins from Glasgow that McCunn had recently supported via a contribution to a charity fund. Their leader, Douglas Crombie, tells them that two women are being kept prisoner. They get into the house and find Saskia, princess of one of the great families of Russia, and her elderly cousin Eugènie. Saskia explains that she is a fugitive from Bolshevik elements in Russia, and that she came to Huntingtower at the invitation of its owner, her childhood friend Quentin Kennedy. On arrival she was betrayed by the corrupt local factor, James Loudon, and was taken prisoner. She fears the imminent arrival of a man who is likely to kill her – later disclosed as the Bolshevik leader Paul Abreskov. She is desperately hoping for the appearance of a 'friend' to whom she has sent word (Alexis Nicolaevich, her fiancé).Saskia has been placed in charge of her family’s jewels, and McCunn agrees to deposit them with his local bank in Glasgow. They learn that Paul's followers are expected to arrive by sea in a Danish brig. Heritage is left alone in the Old Tower nearby to act as a decoy.McCunn speaks to a local English landowner, Sir Archibald Roylance, who asks the chief constable for police help. After being rescued from an ambush by Wee Jaikie, the youngest of the Die-Hards, McCunn stumbles alone through the woods and comes across a man with a motorcycle whom he recognises from the inn. He is Saskia’s fiancé Alexis, who has been delayed searching for 'Darkwater' rather than Dalquaharter.The men from the brig surround the Old Tower and Heritage flutters a scarf at a window to make it appear that Saskia is there. The attackers explode a bomb to force entry, setting the tower alight. Saskia shows herself at a distance then runs back to Huntingtower, helped by Alexis who has just arrived. Their position looks hopeless as the enemy, commanded now by Paul Abreskov, force their way in through the downstairs windows. The Die-Hards get in among the attackers and shout and blow whistles pretending to be the police. In the stormy darkness, panic ensues and the attackers flee to their boats. The vessels founder in the storm and most of the enemy, including Abreskov, perish.McCunn decides that he would like to do something practical to help the Die-Hard boys and he resolves to pay for their future educations. Meanwhile, Heritage is reconciled that Saskia has found her true mate in Alexis and that she can never be his. On recovering the family’s jewels, Saskia gives one of them to McCunn as a memento. He in turn gives it to his wife...John Buchan, 1st Baron Tweedsmuir, GCMG, GCVO, CH, PC (26 August 1875 – 11 February 1940) was a Scottish novelist, historian, and Unionist politician who served as Governor General of Canada, the 15th since Canadian Confederation.

End of Watch Sented by Musa