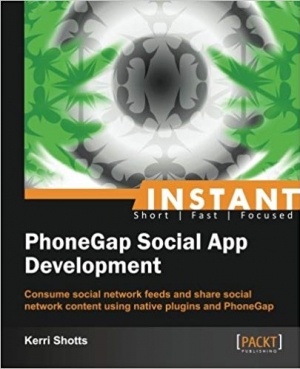 Social media integration in our apps is almost a requirement. Using Phonegap, some plugins, and JSON, we can create an app that consumes Twitter feeds and allows the user to share on Twitter.

Using code listings and easy steps, this book will guide you through the process of creating a Phonegap app, adding plugins, and using the Twitter API and Twitter’s web intents.

You’ll learn how to install Phonegap plugins so that you can extend the capabilities of your application. You’ll also be introduced to Twitter’s JSON API and Twitter’s Web Intents which allow the consuming of feed content and the posting of content to Twitter respectively. Along the way, you’ll also learn how to create a cross-platform mobile app that works on iOS and Android.