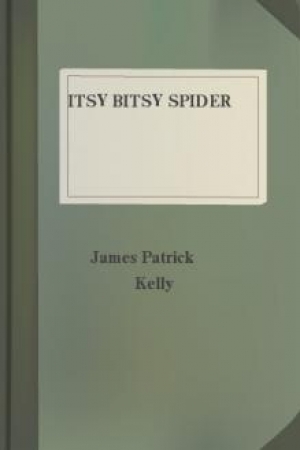 a critic?" "Positive."
Download book (epub - 31.88 KB)
This link for educational purpose only. Please remove file from your computer after familiarization.

He seemed satisfied. "I'm Peter Fancy." He extended his right hand to shake. The hand was spotted and bony and it trembled like a reflection in a lake. Clearly whatever magic -- or surgeon's skill -- it was that had preserved my father's face had not extended to his extremities. I was so disturbed by his infirmity that I took his cold hand in mine and pumped it three, four times. It was dry as a page of one of the bot's dead books. When I let go, the hand seemed steadier. He gestured at the beanbag.

After I had settled in, he tapped the touchpad and stumped over to the picture window. "Barbara Chesley is a broken and bitter old woman," he said, "and I will not have dinner with her under any circumstances, do you understand?" He peered up Bluejay Way and down.

"I believe she voted for Nixon, so she has no reason to complain now." Apparently