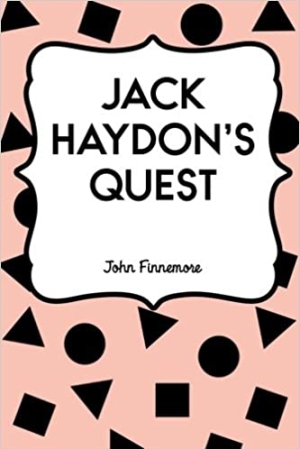 Burmah is the scene of the quest of Jack Haydon, prefect of Rushmere School and captain of the first fifteen.
Download book (pdf - 1.14 MB)
This link for educational purpose only. Please remove file from your computer after familiarization.

Burmah is the scene of the quest of Jack Haydon, prefect of Rushmere School and captain of the first fifteen. The quest is not rubies, as the reader might expect, but Jack's father, who mysteriously disappears at Brindisi when returning from the East. Jack, having discovered that his father has been kidnapped and taken back to Burmah, evidently in order to disclose to his captors the whereabouts of a rich ruby mine which he had been commissioned to prospect, starts off in search of his missing parent. Mystery follows upon mystery with startling rapidity, and the adventures through which Jack passes in the course of his quest are just such as appeal to a boy's imagination.

Harry Potter and the Deathly Hallows Sented by Luis