Jarwin and Cuffy Sented by Rebecca 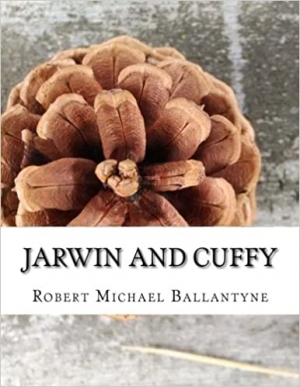 Excerpt: "In all the wide expanse of ocean that surrounded that island, there was nothing visible save one small, solitary speck on the far-off horizon. It might have been mistaken for a seagull, but it was in reality a raft—a mass of spars and planks rudely bound together with ropes.
Download book (epub - 1.02 MB)
This link for educational purpose only. Please remove file from your computer after familiarization.

Excerpt: "In all the wide expanse of ocean that surrounded that island, there was nothing visible save one small, solitary speck on the far-off horizon. It might have been mistaken for a seagull, but it was in reality a raft—a mass of spars and planks rudely bound together with ropes. A boat’s mast rose from the centre of it, on which hung a rag of sail, and a small red flag drooped motionless from its summit. There were a few casks on the highest part of the raft, but no living soul was visible. Nevertheless, it was not without tenants. In a hollow between two of the spars, under the shadow of one of the casks, lay the form of a man. The canvas trousers, cotton shirt, blue jacket, and open necktie, bespoke him a sailor, but it seemed as though there were nothing left save the dead body of the unfortunate tar, so pale and thin and ghastly were his features. A terrier dog lay beside him, so shrunken that it looked like a mere scrap of door-matting. Both man and dog were apparently dead, but they were not so in reality, for, after lying about an hour quite motionless, the man slowly opened his eyes. Ah, reader, it would have touched your heart to have seen those eyes! They were so deep set, as if in dark caverns, and so unnaturally large. They gazed round in a vacant way for a few moments, until they fell on the dog. Then a gleam of fire shot through them, and their owner raised his large, gaunt, wasted frame on one elbow, while he gazed with a look of eagerness, which was perfectly awful, at his dumb companion. “Not dead yet!” he said, drawing a long sigh."

Ruth Fielding and the Gypsies

Moon-Face: And Other Stories

The new Adam and Eve

And there was America

Between Lost and Found