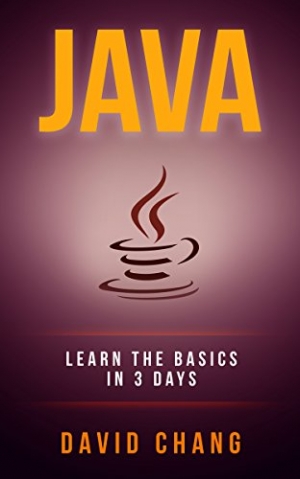 More than anything, what you have to understand about Java is that it is a general purpose, object-oriented programming language
Download book (pdf - 560.79 KB)
This link for educational purpose only. Please remove file from your computer after familiarization.

More than anything, what you have to understand about Java is that it is a general purpose, object-oriented programming language

- which means that it is easier to understand than other programming languages. It was designed primarily so that software developers could just code their programs once, and allow those programs run anywhere, or at least, in most platforms, as long as those platforms allow Java code to run in them.

Java primarily uses some of the same elements that C+ and C++ use, but transforms them into much simple, easy to understand versions that could also be modified depending on the developer’s preferences.

Java has also been created to run with enough runtime support, both for hardware and software, by means of representing each bytecode in a clear, and concise manner. For example, shih tzus, border collies, and terriers are all dogs—therefore, they could all be classified as dogs, and thus, not a lot of space would be taken up in the system, and the system would be able to work in a fast manner. This is also the reason why Java is one of the world’s most powerful, and most used programming languages of all time!

Starting Out with Java: From Control Structures through Data Structures (4th Edition)

Pro HTML5 Games: Learn to Build your Own Games using HTML5 and JavaScript

Learn Java the Easy Way : A Hands-On Introduction to Programming

LEARN PYTHON PROGRAMMING: Write code from scratch in a clear & concise way, with a complete basic course. From beginners to intermediate, an hands-on project with examples

Getting to Know Vue.js: Learn to Build Single Page Applications in Vue from Scratch

Exploring Swift Playgrounds: The Fastest and Most Effective Way to Learn to Code and to Teach Others to Use Your Code