John Carter and the Giant of Mars Sented by Steve Bark 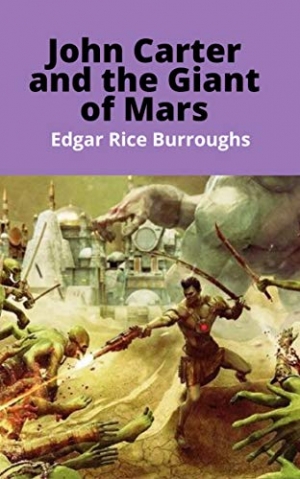 John Carter of Mars is the eleventh and final book in the Barsoom series by Edgar Rice Burroughs. It is not actually a novel but rather a collection of two John Carter of Mars stories.
Download book (epub - 786.27 KB)
This link for educational purpose only. Please remove file from your computer after familiarization.

The first story was originally published in 1940 by Whitman as a Better Little Book entitled John Carter of Mars. Although credited to Edgar Rice Burroughs, it was written (and illustrated) by his son, John Coleman Burroughs[1] and was later expanded and re-published in Amazing Stories as "John Carter and the Giant of Mars", the name it goes under in the collection.[2]

The second story, "Skeleton Men of Jupiter", was first published in Amazing Stories in 1943. Intended as the first in a series of novelettes to be later collected in book form, in the fashion of Llana of Gathol, it ends with the plot unresolved, and the intended sequels were never written. Several other writers have written pastiche endings for the story.

The first edition of John Carter of Mars (a title that Burroughs never actually used for any book in the Barsoom series) was published in 1964 by Canaveral Press, fourteen years after Burroughs's death.

The Planet Mars and its Inhabitants

Stand by for Mars!