Medieval Jewish Philosophy and Its Literary Forms Sented by Luis 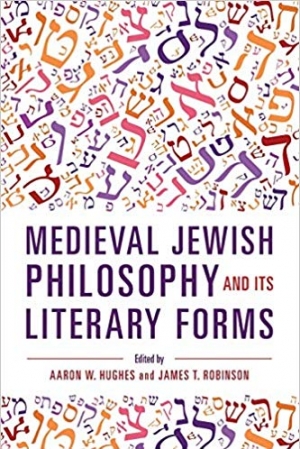 Download book (pdf - 11.95 MB)
This link for educational purpose only. Please remove file from your computer after familiarization.

Too often the study of philosophical texts is carried out in ways that do not pay significant attention to how the ideas contained within them are presented, articulated, and developed. This was not always the case. The contributors to this collected work consider Jewish philosophy in the medieval period, when new genres and forms of written expression were flourishing in the wake of renewed interest in ancient philosophy. Many medieval Jewish philosophers were highly accomplished poets, for example, and made conscious efforts to write in a poetic style. This volume turns attention to the connections that medieval Jewish thinkers made between the literary, the exegetical, the philosophical, and the mystical to shed light on the creativity and diversity of medieval thought. As they broaden the scope of what counts as medieval Jewish philosophy, the essays collected here consider questions about how an argument is formed, how text is put into the service of philosophy, and the social and intellectual environment in which philosophical texts were produced.