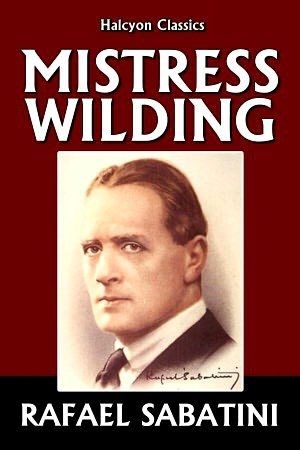 A romance of the days of Monmouth's rebellion. The action is rapid, its style is spirited, and its plot is convincing.
Download book (pdf - 1.12 MB)
This link for educational purpose only. Please remove file from your computer after familiarization.

1924. After a brief stint in the business world, Sabatini went to work as a writer. He wrote short stories in the 1890s, and his first novel came out in 1902. It took Sabatini roughly a quarter of century of hard work before he attained success with Scaramouche in 1921. This brilliant novel of the French Revolution became an international bestseller. It was followed by the equally successful Captain Blood in 1922. A prolific writer, he produced about a book a year. Mistress Wilding begins: Then drink it thus, cried the rash young fool, and splashed the contents of his cup full into the face of Mr. Wilding even as that gentleman, on his feet, was proposing to drink to the eyes of the young fool's sister. See other titles by this author available from Kessinger Publishing.