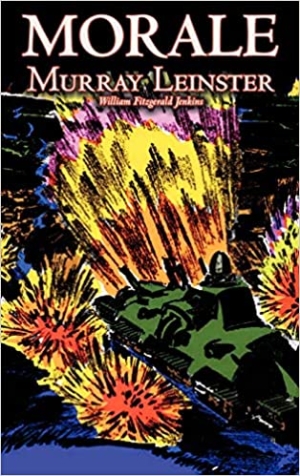 This ebook was produced from Astounding Stories, December 1931. Extensive research did not uncover any evidence that the U.S. copyright on this publication was renewed.
Download book (pdf - 405.98 KB)
This link for educational purpose only. Please remove file from your computer after familiarization.

". . . The profound influence of civilian morale upon the course of modern war is nowhere more clearly shown than in the case of that monstrous war-engine popularly known as a 'Wabbly.' It landed in New Jersey Aug. 16, 1942, and threw the whole Eastern Coast into a frenzy. In six hours the population of three States was in a panic. Industry was paralyzed. The military effect was comparable only to a huge modern army landed in our rear...." (Strategic Lessons of the War of 1941-43. -- U. S. War College. Pp. 79-80.)

Gardening Under Lights: The Complete Guide for Indoor Growers Sented by Paul