My Own Kind of Freedom Sented by Daniel 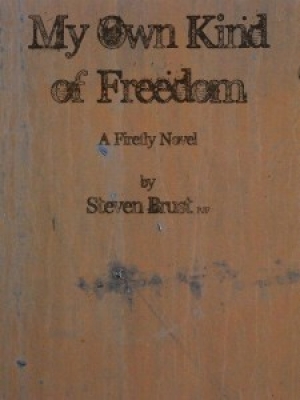 My Own Kind of Freedom

My Own Kind of Freedom: A Firefly Novel is a novel written by established fantasy novelist Steven Brust "on spec"
Download book (epub - 162.40 KB)
This link for educational purpose only. Please remove file from your computer after familiarization.

My Own Kind of Freedom: A Firefly Novel is a novel written by established fantasy novelist Steven Brust "on spec". It was originally proposed as an official Firefly novel to be licensed by Universal Pictures, but it was rejected. In 2008 it was instead published by Brust on the internet under a Creative Commons license as fan fiction.

My Own Kind Of Freedom

Children of Hope : The Odyssey of the Oromo Slaves From Ethiopia to South Africa Sented by Rebecca

Lectures on Art Delivered Before the University of Oxford in Hilary Term, 1870 Sented by Steve Bark