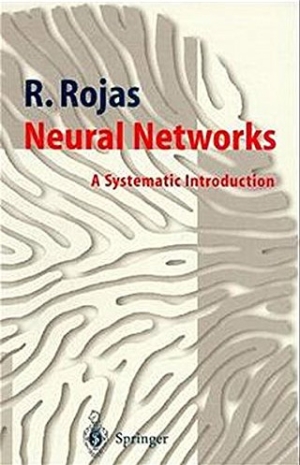 This book arose from my lectures on neural networks at the Free University of Berlin and later at the University of Halle.
Download book (pdf - 4.36 MB)
This link for educational purpose only. Please remove file from your computer after familiarization.

This book arose from my lectures on neural networks at the Free University of Berlin and later at the University of Halle. I started writing a new text out of dissatisfaction with the literature available at the time. Most books on neural networks seemed to be chaotic collections of models and there was no clear unifying theoretical thread connecting them. The results of my efforts were published in German by Springer-Verlag under the title Theorie der neuronalen Netze. I tried in that book to put the accent on a systematic development of neural network theory and to stimulate the intuition of the reader by making use of many figures. Intuitive understanding fosters a more immediate grasp of the objects one studies, which stresses the concrete meaning of their relations. Since then some new books have appeared, which are more systematic and comprehensive than those previously available, but I think that there is still much room for improvement. The German edition has been quite successful and at the time of this writing it has gone through five printings in the space of three years.

However, this book is not a translation. I rewrote the text, added new sections, and deleted some others. The chapter on fast learning algorithms is completely new and some others have been adapted to deal with interesting additional topics. The book has been written for undergraduates, and the only mathematical tools needed are those which are learned during the first two years at university. The book offers enough material for a semester, although I do not normally go through all chapters. It is possible to omit some of them so as to spend more time on others. Some chapters from this book have been used successfully for university courses in Germany, Austria, and the United States.

This book has been released as Open Access by its author.

An Introduction to Programming with C++

An introduction to java programming 3

A Practical Introduction to Real-time Systems for Undergraduate Engineering

Interactive Data Visualization for the Web: An Introduction to Designing with D3

An Introduction to Object-Oriented Programming with Java, 5th Edition

Introduction to Programming for Medical Image Analysis with Visualization Toolkit

Introduction to Computing Science and Programming I

Java: Classes in Java Applications – An Introduction to Java Programming