Olga Romanoff: or, the Syren of the Skies Sented by Sarah Gerdes 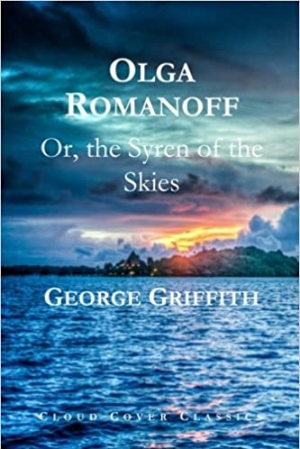 Olga Romanoff: or, the Syren of the Skies

Olga Romanoff: or, the Syren of the Skies by George Griffith, 1894.
Download book (epub - 674.03 KB)
This link for educational purpose only. Please remove file from your computer after familiarization.

George Griffith (1857 - 1906) was a prolific British science fiction writer and noted explorer who wrote during the late Victorian and Edwardian age. Many of his visionary tales appeared in magazines such as Pearson’s Magazine and Pearson’s Weekly before being published as novels. Griffith was extremely popular in the United Kingdom, though he failed to find similar acclaim in the United States, in part due to his revolutionary and socialist views. A journalist, rather than scientist, by background, what his stories lack in scientific rigour and literary grace they make up for in sheer exuberance of execution.