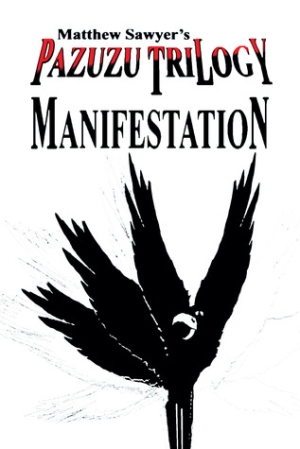 An ancient demon awakes to confront supernatural forces that prey upon an unguarded world. Pazuzu awakes to fight evil with evil. The demon first needs a human body. It finds Benedict Ishkott wandering alone and empty in the wastes of the Shur. One amnesic carries salvation and damnation from the desert.
Download book (pdf - 804.95 KB)
This link for educational purpose only. Please remove file from your computer after familiarization.

Pazuzu (pahzoo'zoo) - king of demons in Assyrian mythology. Manifestation (manufe'steyshun) - indication of the presence of a person or thing. PAZUZU - MANIFESTATION is the first book in Matthew Sawyer's Pazuzu Trilogy. This book introduces the godless world of the Shur desert and the sorrowful sinners therein. Readers follow a pair of UnChosen wretches as they flee for their lives from a crime lord in the city of Gomorrah. The Cortras brothers believe they'll find safety in the walled city called Capital. While the pair cross the desert, they encounter a man wandering the waste alone. The brothers think he is a heathen terrorist and hope they will collect the reward for the man's arrest. The stranger joins the Cortras brothers, but he doesn't tell them about the voice following him. He doesn't know the voice is Pazuzu. In fact, the demon reminds him his name is Ben. One man suffering amnesia carries salvation and damnation from the desert.

Algorithms of the Intelligent Web, 2nd Edition Sented by Shon