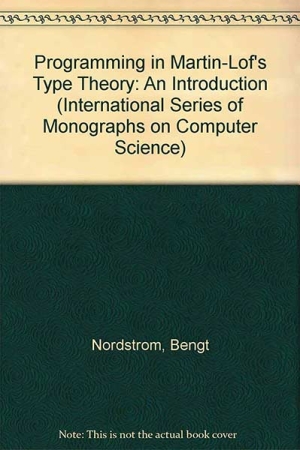 both specifications and programs within the same formalism. Furthermore, the proof rules can be used to derive a correct program from a specification as well as to verify that a given program has a certain property. This book contains an introduction to type theory as a theory for program construction.

This possibility is important for programming, because if a set can be seen as a description of a problem, it can, in particular, be used as a specification of a programming problem. When a set is seen as a problem, the elements of the set are the possible solutions to the problem; or similarly if we see the set as a specification, the elements are the programs that satisfy the specification. Hence, set membership and program correctness are the same problem in type theory, and because all programs terminate, correctness means total correctness.

A Basic Course in the Theory of Interest and Derivatives Markets: A Preparation for the Actuarial Exam FM/2

Program the Internet of Things with Swift for iOS