Puss in Boots, Jr., and the Good Gray Horse Sented by Steve Bark 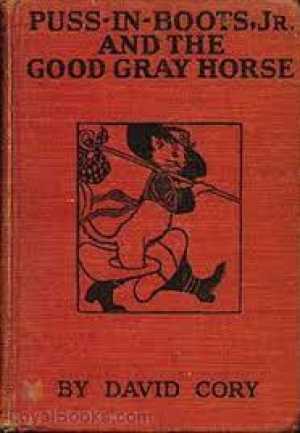 "Goodness me!" exclaimed Puss, Junior, as he mounted the bicycle which the kind owner of the Willow Tree Inn had lent him, "I can't understand a word the girl says. I asked her if she had seen my Good Gray Horse and she answers, 'Gobble, gobble, gobble!'" And then little Puss gave a great sigh, for it's pretty hard luck to have your horse stolen while asleep in a strange inn, although it's mighty lucky to have the innkeeper lend you his bicycle.

Well, after a while and many a mile, the road began to wind up a hill, so Puss got off and pushed his wheel ahead until by and by he met a little old man. He held a stick in both hands, on which he leaned as he hobbled along.

"Did you see a runaway horse?" asked Puss.

"I did, indeed, my good Sir Cat," answered the hobble-hobble man. "He went by but a

The Magical Mimics in Oz

A Prisoner in Fairyland

The Wallypug in London

Futbolera A History of Women and Sports in Latin America