Revolt of the Rats Sented by Carlos 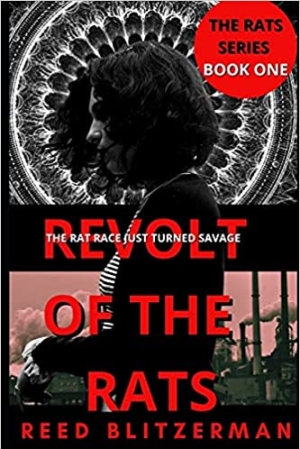 Amongst factory rats, the greatest form of loyalty is rebellion.
Download book (pdf - 825.61 KB)
This link for educational purpose only. Please remove file from your computer after familiarization.

Amongst factory rats, the greatest form of loyalty is rebellion.

Kahle Desireau has seen auras since childhood. In 1998, newly returned from the Bosnian War, he follows Beezor Wasikowa’s blazing white halo to Motomax, a dying factory in Frampton, Ohio. Anything to evade the darkness.

For her love, he’ll compete with Motomax’s handsome CEO and join a rebellion against Niles Bodge, their plant manager. But Beezor Wasikowska is more than he bargained for.

WWI veteran Eli Steiner can dream the future. In 1932, the Great Depression capsizes the farm he owns with his wife and son. Destitute. Bedridden. Without a crop loan, he’ll lose his ranch. Visions portend of twisted days.

Awash in failed loans, bank officer Carter Creel won’t chance another. Not even for Eli Steiner.

“The past is never dead. It's not even past.” William Faulkner

Book one in a series of occult supernatural and dark fantasy.

Ghost Stories of an Antiquary