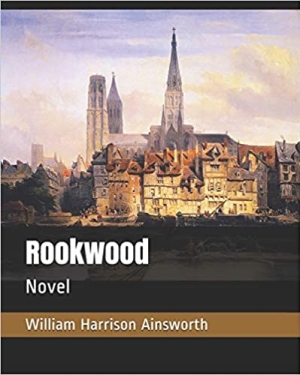 Rookwood is a novel by William Harrison Ainsworth published in 1834. It is a historical and gothic romance that describes a dispute over the legitimate claim for the inheritance of Rookwood Place and the Rookwood family name.
Download book (pdf - 1.88 MB)
This link for educational purpose only. Please remove file from your computer after familiarization.

Rookwood is a novel by William Harrison Ainsworth published in 1834. It is a historical and gothic romance that describes a dispute over the legitimate claim for the inheritance of Rookwood Place and the Rookwood family name.StoryThe plot of the novel takes place in England, 1737. At a manor called Rookwood Place, there existed a legend claiming that a death would follow after a branch of an ancient tree would break. After a branch does fall from the tree, Piers Rookwood, the owner, dies. It is revealed to Luke Bradley that he was the son, and thus heir, of Piers Rookwood[5] along with the fact that Piers Rookwood murdered Bradley's mother. This knowledge comes to Bradley while he stands near his mother's coffin, which falls and opens at the moment of revelation. During the fall, it is revealed that she was wearing a wedding ring, which proves that Bradley was not an illegitimate heir. However, the whole incident was put together by Peter Bradley, the boy's grandfather. At the same time, Rookwood's wife, Maud Rookwood, puts forth her own schemes to ensure that her son, Ranulph Rookwood, is able to claim the inheritance for himself.As the events unfold, Bradley falls in love with Eleanor Mowbray but she is in love with her cousin, Ranulph Rookwood. At his grandfather's promptings, Bradley ditches his love, a gypsy named Sybil Lovel, to pursue and try to force Mowbray into marriage. While this happens, the character Dick Turpin, a highwayman and thief, is introduced at the manor, under the pseudonym Palmer. While there, he makes a bet with one of the guests that he could capture himself. Eventually, Turpin is forced to escape upon his horse, Black Bess. The horse, though fast enough to keep ahead of all of the other horses, eventually collapses and dies under the stress of the escape. Later, Turpin reappears and tries to help Bradley attain Mowbray's hand in marriage, but Bradley is fooled into marrying Lovel instead, Mowbray having been taken by the gypsies. Soon afterwards, Lovel kills herself. In revenge for Lovel's death, Lovel's family poisons a lock of hair and gives it to Bradley, which soon results in his death.After the death of his grandson, Peter Bradley comes clean about his identity; he is the brother of Reginald Rookwood, father to Piers, and his real name is Alan Rookwood. Alan Rookwood confronts Maud Rookwood, and the two attack each other in the Rookwood family tomb. However, they activate some kind of machinery that causes the tomb to shut and imprison them together forever. In the end, the only surviving family members, Ranulph Rookwood and Eleanor Mowbray marry....William Harrison Ainsworth (4 February 1805 – 3 January 1882) was an English historical novelist born at King Street in Manchester. He trained as a lawyer, but the legal profession held no attraction for him. While completing his legal studies in London he met the publisher John Ebers, at that time manager of the King's Theatre, Haymarket. Ebers introduced Ainsworth to literary and dramatic circles, and to his daughter, who became Ainsworth's wife.Ainsworth briefly tried the publishing business, but soon gave it up and devoted himself to journalism and literature. His first success as a writer came with Rookwood in 1834, which features Dick Turpin as its leading character. A stream of 39 novels followed, the last of which appeared in 1881. Ainsworth died in Reigate on 3 January 1882.