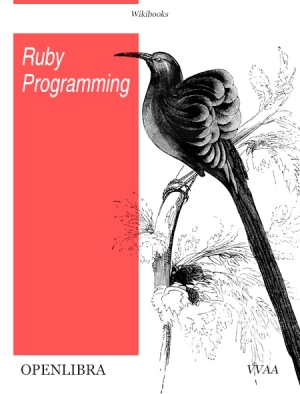 Ruby is an object-oriented scripting language developed by Yukihiro Matsumoto ("Matz"). The main web site for Ruby is ruby-lang.org.
Download book (pdf - 1.16 MB)
This link for educational purpose only. Please remove file from your computer after familiarization.

Ruby is an object-oriented scripting language developed by Yukihiro Matsumoto ("Matz"). The main web site for Ruby is ruby-lang.org. Development began in February 1993 and the first alpha version of Ruby was released in December 1994. It was developed to be an alternative to scripting languages such as Perl and Python. Ruby borrows heavily from Perl and the class library is essentially an object-oriented reorganization of Perl's functionality. Ruby also borrows from Lisp and Smalltalk. While Ruby does not borrow many features from Python, reading the code for Python helped Matz develop Ruby.

Android Programming for Beginners: Learn all the Java and Android skills you need to start making powerful mobile applications

An Introduction to Programming with C++

The Haskell Road to Logic, Math and Programming

Java: Classes in Java Applications – An Introduction to Java Programming

Beginning Programming with C++ For Dummies