Rudy and Babette Or, The Capture of the Eagle's Nest Sented by Rebecca 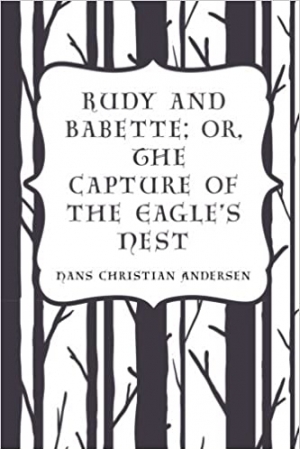 When the Brothers Grimm first published their collection of now famous fairy tales, Hans Christian Andersen (1805-1875) was just 10 years old. But Andersen was destined to become a talented Danish author of fairy tales and children’s stories himself, writing popular stories like The Little Mermaid and The Ugly Duckling. Andersen was extremely popular in his time, making friendships with royalty and writers like Charles Dickens while his works were translated into over 100 languages worldwide.
Ironically, the work for which Andersen is best remembered was one of his least popular at first. In 1835, Andersen published his Fairy Tales for the first time, but they sold poorly, even while Andersen’s novel Only a Fiddler fared well.

Supplemental Nights to The Book of the Thousand and One Nights With Notes Anthropological and Explanatory, vol 1

The Rose and the Ring

The Book of the Thousand Nights and a Night, vol 5

The Book of the Thousand Nights and a Night, vol 15
Book Detail
Category Author
Latest Downloads