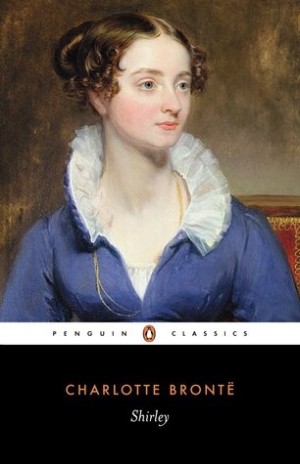 The peculiar power which was so greatly admired in 'Jane Eyre' is not absent from this book. It possesses deep interest, and an irresistible grasp of reality. There are scenes which, for strength and delicacy of emotion, are not transcended in the range of English fiction.
Download book (pdf - 2.33 MB)
This link for educational purpose only. Please remove file from your computer after familiarization.

Following the tremendous popular success of Jane Eyre, which earned her lifelong notoriety as a moral revolutionary, Charlotte Brontë vowed to write a sweeping social chronicle that focused on "something real and unromantic as Monday morning." Set in the industrializing England of the Napoleonic wars and Luddite revolts of 1811-12, Shirley (1849) is the story of two contrasting heroines. One is the shy Caroline Helstone, who is trapped in the oppressive atmosphere of a Yorkshire rectory and whose bare life symbolizes the plight of single women in the nineteenth century. The other is the vivacious Shirley Keeldar, who inherits a local estate and whose wealth liberates her from convention.

A work that combines social commentary with the more private preoccupations of Jane Eyre, Shirley demonstrates the full range of Brontë's literary talent. "Shirley is a revolutionary novel," wrote Brontë biographer Lyndall Gordon. "Shirley follows Jane Eyre as a new exemplar but so much a forerunner of the feminist of the later twentieth century that it is hard to believe in her actual existence in 1811-12. She is a theoretic possibility: what a woman might be if she combined independence and means of her own with intellect. Charlotte Brontë imagined a new form of power, equal to that of men, in a confident young woman [whose] extraordinary freedom has accustomed her to think for herself....Shirley [is] Brontë's most feminist novel."

Data Structures and the Java Collections Framework Sented by Daniel