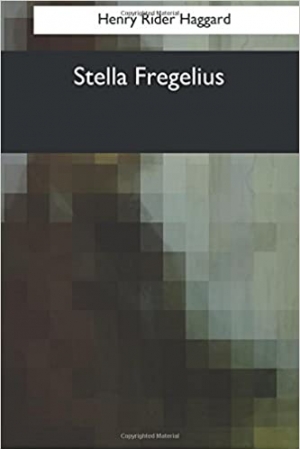 My Dear John Berwick, When you read her history in MS. you thought well of "Stella Fregelius" and urged her introduction to the world. Therefore I ask you, my severe and accomplished critic, to accept the burden of a book for which you are to some extent responsible.
Download book (epub - 269.71 KB)
This link for educational purpose only. Please remove file from your computer after familiarization.

My Dear John Berwick, When you read her history in MS. you thought well of "Stella Fregelius" and urged her introduction to the world. Therefore I ask you, my severe and accomplished critic, to accept the burden of a book for which you are to some extent responsible. Whatever its fate, at least it has pleased you and therefore has not been written quite in vain. H. Rider Haggard. Ditchingham, 25th August, 1903. AUTHOR'S NOTE The author feels that he owes some apology to his readers for his boldness in offering to them a modest story which is in no sense a romance of the character that perhaps they expect from him; which has, moreover, few exciting incidents and no climax of the accustomed order, since the end of it only indicates its real beginning. His excuse must be that, in the first instance, he wrote it purely to please himself and now publishes it in the hope that it may please some others. The problem of such a conflict, common enough mayhap did we but know it, between a departed and a present personality, of which the battle-ground is a bereaved human heart and the prize its complete possession; between earthly duty and spiritual desire also; was one that had long attracted him. Finding at length a few months of leisure, he treated the difficult theme, not indeed as he would have wished to do, but as best he could. He may explain further that when he drafted this book, now some five years ago, instruments of the nature of the "aerophone" were not so much talked of as they are to-day. In fact this aerophone has little to do with his characters or their history, and the main motive of its introduction to his pages was to suggest how powerless are all such material means to bring within mortal reach the transcendental and unearthly ends which, with their aid, were attempted by Morris Monk. These, as that dreamer learned, must be far otherwise obtained, whether in truth and spirit, or perchance, in visions only. 1903. Chapter 1 MORRIS, MARY, AND THE AEROPHONE Above, the sky seemed one vast arc of solemn blue, set here and there with points of tremulous fire; below, to the shadowy horizon, stretched the plain of the soft grey sea, while from the fragrances of night and earth floated a breath of sleep and flowers. A man leaned on the low wall that bordered the cliff edge, and looked at sea beneath and sky above.