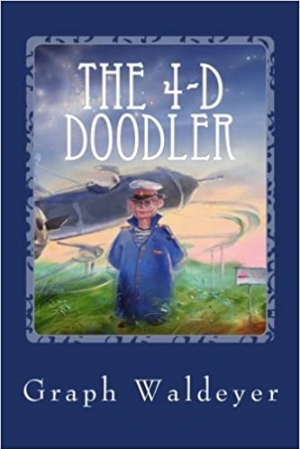 Two mathematicians and a psychologist attract the attention of a fourth dimensional being. The insanity begins.
Download book (epub - 203.88 KB)
This link for educational purpose only. Please remove file from your computer after familiarization.

Two mathematicians and a psychologist attract the attention of a fourth dimensional being. The insanity begins.

Pillbot shook him frantically. "Can't you understand! This Creature is a mental patient of a violent type. We are in a fourth dimensional insane asylum!" Pillbot gazed upward fearfully at a descending mass. "The pattern of its action fits perfectly," he went on. "Some violent type of insanity, combined with delusions of grandeur. Any slightest opposition will cause a spasm of fury. It recognizes such opposition in the way you tricked it into bringing you here. At first I thought it was a primitive mentality, but now I know it is a highly evolved, but insane creature, thinks it's Napoleon, wants to conquer the three dimensional plane which its attention has been attracted to in some way--"

The Winged Men of Orcon

Islands In The Air

Doctor Who: The Empire of Glass

The Raid on the Termites