The Adventures of Piang the Moro Jungle Boy Sented by Christopher 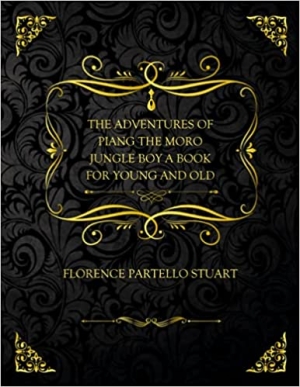 The Adventures of Piang the Moro Jungle Boy

Thrilling adventures in the lower Philippine Islands with a Moro boy as hero. Riding a cataract, fighting a crocodile, capturing a huge python are just a few of the incidents. The tale is drawn from the personal observation of the author who lived on the Islands.
Download book (pdf - 794.43 KB)
This link for educational purpose only. Please remove file from your computer after familiarization.

There was a general protest from the inhabitants as he made his appearance, but he paid no attention to the monkey insults hurled at him and gratefully picked up the cocoanuts with which they bombarded him. shaking each one, he tossed it from him. they were all dry. the monkeys were too clever to waste any nuts that had milk in them. piang tied his feet together loosely with his head-cloth, and, using it as a brace, hopped up one of the trees as easily as a monkey. sitting in the branches, he drained one cocoanut after another, and when his thirst was slaked, he amused himself by returning the bombardment.

Afloat On The Flood

The Murders in the Rue Morgue

The Riflemen of the Ohio