The Angel of Terror Sented by Cameron 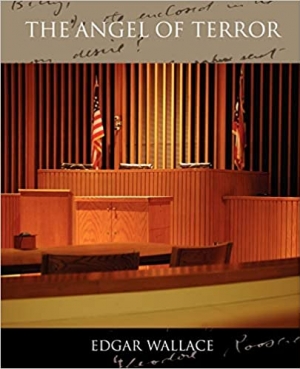 Edgar Wallace was an English crime writer, journalist, novelist, screenwriter, and playwright. Over 160 films have been made from his novels, more than any other author. Today he is most remembered for writing the screenplay for the movie King Kong. The Angel of Terror was written in 1922
Download book (epub - 661.19 KB)
This link for educational purpose only. Please remove file from your computer after familiarization.

Edgar Wallace was an English crime writer, journalist, novelist, screenwriter, and playwright. Over 160 films have been made from his novels, more than any other author. Today he is most remembered for writing the screenplay for the movie King Kong. The Angel of Terror was written in 1922. An excerpt reads, "The hush of the court, which had been broken when the foreman of the jury returned their verdict, was intensified as the Judge, with a quick glance over his pince-nez at the tall prisoner, marshalled his papers with the precision and method which old men display in tense moments such as these. He gathered them together, white paper and blue and buff and stacked them in a neat heap on a tiny ledge to the left of his desk. Then he took his pen and wrote a few words on a printed paper before him. Another breathless pause and he groped beneath the desk and brought out a small square of black silk and carefully laid it over his white wig. Then he spoke: "James Meredith, you have been convicted after a long and patient trial of the awful crime of wilful murder. With the verdict of the jury I am in complete agreement. There is little doubt, after hearing the evidence of the unfortunate lady to whom you were engaged, and whose evidence you attempted in the most brutal manner to refute, that, instigated by your jealousy, you shot Ferdinand Bulford. The evidence of Miss Briggerland that you had threatened this poor young man, and that you left her presence in a temper, is unshaken. By a terrible coincidence, Mr. Bulford was in the street outside your fiancée's door when you left, and maddened by your insane jealousy, you shot him dead."

The Treasure of Nugget Mountain

Arms and the Woman

Rescue Dog of the High Pass