The Black Tulip Sented by Jacob 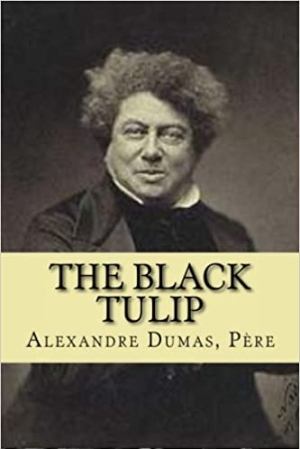 This exciting novel takes place a few years after the historical tragedy of the lynching of the Dutch Grand Pensionary Johan de Witt and his brother Cornelis. The city of Haarlem has offered a large prize to the person who can grow a black tulip -- a feat nearly completed by young Cornelius van Baerle when he is suddenly thrown into prison!
Download book (pdf - 698.33 KB)
This link for educational purpose only. Please remove file from your computer after familiarization.

Summary :   Black Tulip In 1672, the people of Holland reverses the republic of John and Cornelius de Witt brothers to restore stadtholdership and entrust William III of England. Indifferent to these political events, the godson of Cornelius, Cornelius van Baerle, thinks only make a black tulip, for which the Horticultural Society of Haarlem has promised a reward of one hundred thousand florins (see "tulip mania"). His project will be upset by the accusation of betrayal against him and the stratagems of a jealous neighbor, Isaac Boxtel. However, the hope of seeing that quest lead reborn with the meeting of the beautiful Rosa. A doctor by training, Cornelius van Baerle is a horticulturist and dedicates its work to the production of the black tulip. It is imprisoned because he holds the Buitenhof letters that his godfather Cornelius de Witt handed to him and which show a correspondence between John de Witt and the Marquis de Louvois. Sentenced to death, he was pardoned in extremis by William III of England and imprisoned for life in the fortress of Loevestein.

At the Fall of Port Arthur

The Life of Kit Carson

The Eye of Zeitoon

Year of the Big Thaw

The Taming of Red Butte Western