The Blind Spot Sented by Emma 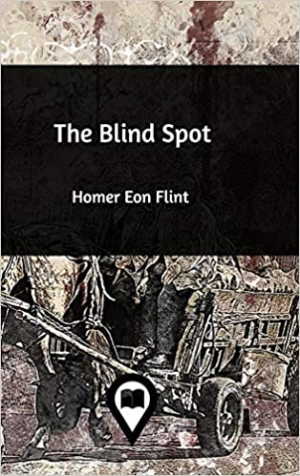 The Blind Spot opens with the words: "Perhaps it were just as well to start at the beginning.
Download book (epub - 478.74 KB)
This link for educational purpose only. Please remove file from your computer after familiarization.

The Blind Spot opens with the words: "Perhaps it were just as well to start at the beginning. A mere matter of news." Suppose I use them in the same sense: A mere matter of news: The first instalment of this fabulous novel was featured in Argosy-All-Story-Weekly for May 14, 1921. Described as a "different" serial, it was introduced by a cover by Modest Stein. In the foreground was the profile of a girl of another dimension-ethereal, sensuous, the eternal feminine-the Nervina of the story. Filmy crystalline earrings swept back over her bare shoulders. Dominating the background was a huge flaming yellow ball, like our Sun as seen from the hypothetical Vulcan-splotched with murky, mysterious globii vitonae. There was an ancient quay, and emerging from the ultramarine waters about it a silhouetted metropolis of spires, domes, and minarets. It was 1921, and that generation thus received its first glimpse of the alien landscape of The Blind Spot and the baroque beauty of an immortal woman of fantasy fiction. The authors? Homer Eon Flint was already a reigning favourite with post-World-War-I enthusiasts of imaginative literature, who had eagerly devoured his QUEEN OF LIFE and LORD OF DEATH, his KING OF CONSERVE ISLAND and THE PLANETEER. Austin Hall was well known and popular for his ALMOST IMMORTAL, REBEL SOUL, and INTO THE INFINITE.

Beyond The Great Oblivion