The Blue Bird: A Fairy Play in Six Acts Sented by Daniel 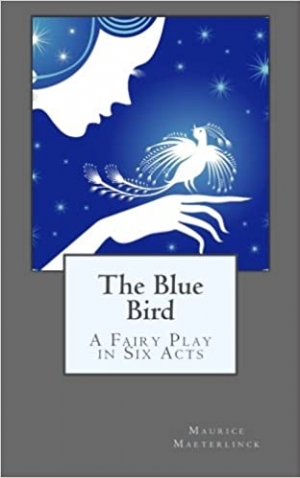 The Blue Bird is a 1908 play by Belgian author Maurice Maeterlinck. It premiered on 30 September 1908 at Constantin Stanislavski's Moscow Art Theatre and has been turned into several films and a TV series.
Download book (pdf - 625.55 KB)
This link for educational purpose only. Please remove file from your computer after familiarization.

The Blue Bird is a 1908 play by Belgian author Maurice Maeterlinck. It premiered on 30 September 1908 at Constantin Stanislavski's Moscow Art Theatre and has been turned into several films and a TV series. The French composer Albert Wolff wrote an opera (first performed at the N.Y. Metropolitan in 1919) based on Maeterlinck's original play, and Maeterlinck's innamorata Georgette Leblanc produced a novelization. The story is about a girl called Mytyl and her brother Tyltyl seeking happiness, represented by The Blue Bird of Happiness, aided by the good fairy Bérylune. Maurice Polydore Marie Bernard Maeterlinck (29 August 1862 – 6 May 1949) was a Belgian playwright, poet, and essayist who was a Fleming, but wrote in French. He was awarded the Nobel Prize in Literature in 1911 "in appreciation of his many-sided literary activities, and especially of his dramatic works, which are distinguished by a wealth of imagination and by a poetic fancy, which reveals, sometimes in the guise of a fairy tale, a deep inspiration, while in a mysterious way they appeal to the readers' own feelings and stimulate their imaginations". The main themes in his work are death and the meaning of life. His plays form an important part of the Symbolist movement.

The People of the Mist

The Child of the Dawn

The Witch of Prague

The Enchanted Island of Yew