The Book of the Thousand Nights and a Night, vol 9 Sented by Steve Bark 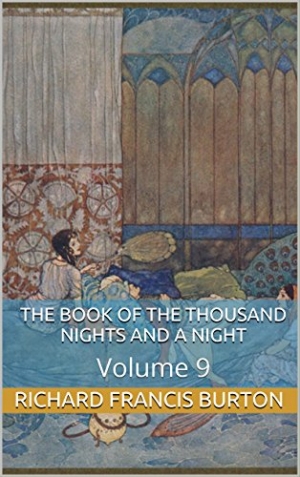 The Book of the Thousand Nights and a Night, vol 9

One Thousand and One Nights (‎‎ kitāb ʾalf layla wa-layla) is a collection of Middle Eastern and South Asian stories and folk tales compiled in Arabic during the Islamic Golden Age. It is often known in English as the Arabian Nights, from the first English language edition (1706), which rendered the title as The Arabian Nights' Entertainment.
Download book (pdf - 1.68 MB)
This link for educational purpose only. Please remove file from your computer after familiarization.

The work was collected over many centuries by various authors, translators, and scholars across West, Central, and South Asia and North Africa. The tales themselves trace their roots back to ancient and medieval Arabic, Persian, Mesopotamian, Indian, Jewish and Egyptian folklore and literature. In particular, many tales were originally folk stories from the Caliphate era, while others, especially the frame story, are most probably drawn from the Pahlavi Persian work Hazār Afsān which in turn relied partly on Indian elements.

What is common throughout all the editions of the Nights is the initial frame story of the ruler Shahryār and his wife Scheherazade, and the framing device incorporated throughout the tales themselves. The stories proceed from this original tale; some are framed within other tales, while others begin and end of their own accord. Some editions contain only a few hundred nights, while others include 1,001 or more. The bulk of the text is in prose, although verse is occasionally used for songs and riddles and to express heightened emotion. Most of the poems are single couplets or quatrains, although some are longer.

Burton's translation was one of two unabridged and unexpurgated English translations done in the 1880s; the first was by John Payne, under the title The Book of the Thousand Nights and One Night (1882–84, nine volumes). Burton's ten volume version was published almost immediately afterward with a slightly different title. This, along with the fact that Burton closely advised Payne and partially based his books on Payne's, led later to charges of plagiarism. Owing to the sexual imagery in the source texts (which Burton made a special study of, adding extensive footnotes and appendices on "Oriental" sexual mores) and to the strict Victorian laws on obscene material, both translations were printed as private editions for subscribers only, rather than being published in the usual manner. Burton's original ten volumes were followed by a further six entitled The Supplemental Nights to the Thousand Nights and a Night (1886–88). Burton's 16 volumes, while boasting many prominent admirers, have been criticised for their "archaic language and extravagant idiom" and "obsessive focus on sexuality"; they have even been called an "eccentric ego-trip" and a "highly personal reworking of the text". His voluminous and obscurely detailed notes and appendices have been characterised as “obtrusive, kinky and highly personal”.

Many early commentators on Burton's Nights criticised his eccentric "mixture of obsolete words, mediaeval phrases, modern slang, Americanisms, and foreign words and expressions". Jorge Luis Borges, however, wrote a celebrated essay on “The Translators of The Thousand and One Nights”in which – while he chastises Burton for his distortions and "indulgent loitering" — he allows that “the problems that Burton resolved are innumerable” and delights in his careful use of an extravagantly exotic vocabulary in which each word "is indubitably the mot juste." In summarising his use of language, Borges concluded that “In some way, the almost inexhaustible process of English is adumbrated in Burton – John Donne’s hard obscenity, the gigantic vocabularies of Shakespeare and Cyril Tourneur, Swinburne’s affinity for the archaic, the crass erudition of the authors of 17th century chapbooks, the energy and imprecision, the love of tempests and magic.

-All Footnotes were hyperlinked.

The Strange Adventures of Mr. Middleton

The Knights of the Cross