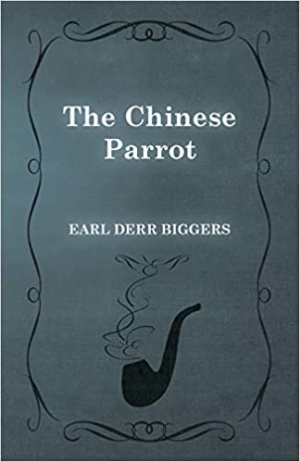 This early work by Earl Derr Biggers was originally published in 1926 and we are now republishing it with a brand new introductory biography.
Download book (epub - 637.48 KB)
This link for educational purpose only. Please remove file from your computer after familiarization.

This early work by Earl Derr Biggers was originally published in 1926 and we are now republishing it with a brand new introductory biography. "The Chinese Parrot" is the second novel in the Charlie Chan series of mystery novels, and is the first in which Chan travels from Hawaii to mainland California, and involves a crime whose exposure is hastened by the death of a parrot. Earl Derr Biggers was born on 26th August 1884 in Warren, Ohio, USA. Biggers received his further education at Harvard University, where he developed a reputation as a literary rebel, preferring the popular modern authors, such as Rudyard Kipling and Richard Harding Davis to the established figures of classical literature. While on holiday in Hawaii, Biggers heard tales of a real-life Chinese detective operating in Honolulu, named Chang Apana. This inspired him to create his most enduring legacy in the character of super-sleuth Charlie Chan. Biggers wrote six Chan novels in total and all were licensed for movie adaptations by Fox Films. These films were hugely popular with several different actors taking the lead role of Chan. They were even a success in China where the appeal of a character from the country being the hero instead of the villain appealed to film-goers. Eventually; over 40 films were produced featuring the character. Biggers only saw the early on-screen successes of Charlie Chan due to his death at the age of only 48 from a heart attack in April 1933.

The Haunter of the Dark

The Man of Adamant

The Call of the North

A Winter Amid the Ice