The Churchill Factor: How One Man Made History Sented by Luis 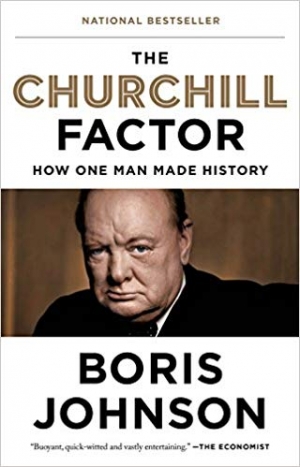 From London’s inimitable mayor, Boris Johnson, the New York Times–bestselling story of how Churchill’s eccentric genius shaped not only his world but our own.
Download book (epub - 3.93 MB)
This link for educational purpose only. Please remove file from your computer after familiarization.

From London’s inimitable mayor, Boris Johnson, the New York Times–bestselling story of how Churchill’s eccentric genius shaped not only his world but our own.

On the fiftieth anniversary of Churchill’s death, Boris Johnson celebrates the singular brilliance of one of the most important leaders of the twentieth century. Taking on the myths and misconceptions along with the outsized reality, he portrays—with characteristic wit and passion—a man of contagious bravery, breathtaking eloquence, matchless strategizing, and deep humanity.

Fearless on the battlefield, Churchill had to be ordered by the king to stay out of action on D-day; he pioneered aerial bombing and few could match his experience in organizing violence on a colossal scale, yet he hated war and scorned politicians who had not experienced its horrors. He was the most famous journalist of his time and perhaps the greatest orator of all time, despite a lisp and the chronic depression he kept at bay by painting. His maneuvering positioned America for entry into World War II, even as it ushered in England’s postwar decline. His open-mindedness made him a trailblazer in health care, education, and social welfare, though he remained incorrigibly politically incorrect. Most of all, he was a rebuttal to the idea that history is the story of vast and impersonal forces; he is proof that one person—intrepid, ingenious, determined—can make all the difference.

The Garden of the Plynck

The Wonderful Adventures of Nils

At the Earth's Core

Eaglethorpe Buxton and the Elven Princess

The Book of the Thousand Nights and a Night, vol 8

The Bride of Dreams

100+ Management Models: How to Understand and Apply the World's Most Powerful Business Tools Sented by Paul