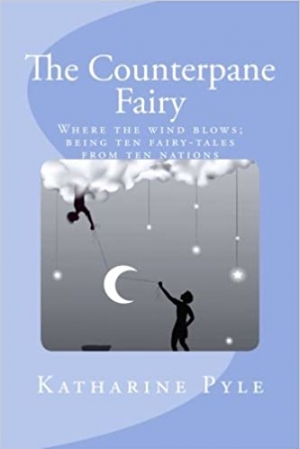 Where the wind blows; being ten fairy-tales from ten nations
Download book (pdf - 531.82 KB)
This link for educational purpose only. Please remove file from your computer after familiarization.

Where the wind blows; being ten fairy-tales from ten nations

Teddy, a little boy, recuperating from a lengthy illness, is entertained by visits from the Counterpane Fairy, who treats him to stories associated with each of the squares in the counterpane (quilt) on his sickbed. She has him concentrate on one of the squares until it turns into something like a doorway into the story. Once inside the story, he becomes its lead character until it fades out as if he's awakening from a dream.

Meanwhile, In the real world, the adults around him are constantly trying to box him to a conformed norm. Teddy's amazing adventure reminds us that a child's imagination is pure.

This book is a perfect read-aloud bedtime story, and is recommended for anyone with children.

“Ten entrancing fairy tales. The incidents in them all happen to a little boy who is sick in bed, to whom comes a friendly fairy, who does not tell a story, but shows him one. He chooses a square in the silk counterpane, and as soon as she can count forty-nine he finds himself in a silver garden, or going down golden stairs to a wondrous place, or seeing the rainbow children, or being somewhere, or having a part in something lovely and altogether delightful. Not a story of them all is one word too long; not one that is not sweet and fanciful and bewitching…Fortunate the boy or girl who finds this book among his or her holiday gifts.” -Literary World

“Rarely do the children of the present day have written for them a book that is so exquisite in conception and admirable in execution.” -The Outlook

The Sleeping Beauty and other fairy tales from the Old French

All the Way to Fairyland

The Fairy Tales of Charles Perrault

Where the Blue Begins