The Country Beyond Sented by Cameron 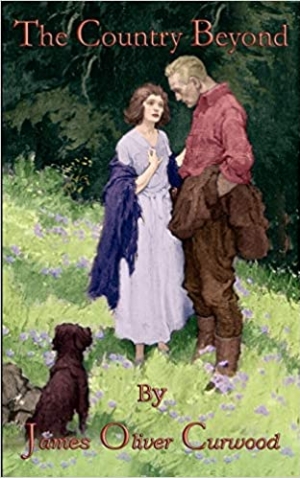 The Country Beyond by James Oliver Curwood is love story set in the back woods of Northern Canada during the early 1900s. It is a tale of romance and adventure in the wild, rugged Canadian wilderness.
Download book (epub - 329.79 KB)
This link for educational purpose only. Please remove file from your computer after familiarization.

The Country Beyond by James Oliver Curwood is love story set in the back woods of Northern Canada during the early 1900s. It is a tale of romance and adventure in the wild, rugged Canadian wilderness. Once again, James Oliver Curwood spins a tale of adventure and romance in the Canadian wilderness with an interesting twist. In this book, the good are not so very good, and the bad becomes the hero in the end. "The Law" puts Jolly Roger McKay on the run, separating him from his love, Nada. Peter, the half Airedale, half Mackenzie hound called Pied-Bot is torn between the two and determined to protect both against all enemies, man or beast. This is a heart-rending tale of love and heroics between a man, a woman and their little dog, Peter. Sergeant Cassidy, of the Royal Northwest Mounties, chases Jolly Roger across the wilds of Northern Canada in a “fair fight” in which each takes his turn in winning over the other. With Cassidy always close behind, Jolly Roger heads for his friends of the Cree tribe. There, his dear friend, Yellowbird, predicts that he will once again see Nada in “The Country Beyond,” a place as yet unknown. Tragedy and comedy avail each of the main characters in this book, Jolly Roger, Sergeant Cassidy, Nada, and even Pied-bot as the story advances to determine whether Cassidy will catch McKay before he can reach Nada and escape.

The Return of the Mucker

Tess of the Storm Country

And there was America

The Further Adventures of Jimmie Dale