The Creature from Cleveland Depths Sented by Cameron 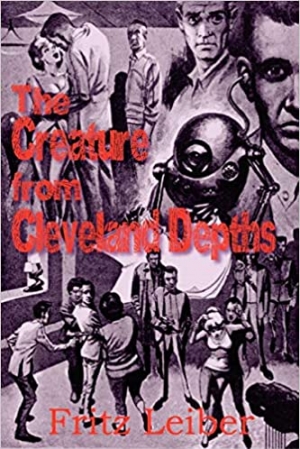 The Creature from the Cleveland Depths is a modern tale of an inner-directed sorcerer and an outer-directed sorcerer's apprentice.
Download book (epub - 295.68 KB)
This link for educational purpose only. Please remove file from your computer after familiarization.

The Creature from the Cleveland Depths is a modern tale of an inner-directed sorcerer and an outer-directed sorcerer's apprentice. "Every time Gusterson dropped a new free idea into the fad-ridden mainstream world of underground cities and cozy crowds, it crystallized into something really strange, and things got out of hand. So he shouldn't have mentioned the reminder machine...." Fritz Reuter Leiber, Jr was an American fantasy, horror and science fiction writer. He was an expert chess player and a champion fencer. He received the Gandalf award at the World Science Fiction Convention in 1975 and the Grand Master Award at the Science Fiction and Fantasy Writers of America in 1981.

Quest of the Golden Ape

Cubs of the Wolf

The World That Couldn't Be

In the Days of the Comet