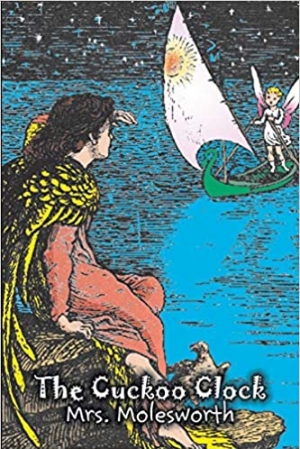 A small child and a cuckoo for a cuckoo clock become unlikely friends, when at night the clock transports her to magical places.
Download book (pdf - 580.53 KB)
This link for educational purpose only. Please remove file from your computer after familiarization.

A small child and a cuckoo for a cuckoo clock become unlikely friends, when at night the clock transports her to magical places. "Stopped!" says Miss Tabitha, throwing up her hands. "Impossible!" "I mean cuckoo has stopped," the girl says. "The clock is going on, but the cuckoo isn't telling the hours." "What can we do?" says Miss Tabitha. "Should we send for the watch-maker?" But Miss Grizzel shakes her head, and says, "That would be worse than useless, Tabitha. Were we to search the world over, we would find no one to put it right. Fifty years and more, that clock has never missed an hour! We are getting old, Tabitha -- and maybe our day is nearly over!"

Caught By the Dragon: Maiden to the Dragon, Book 1

Tales of the Wonder Club

The Adventures of A Brownie

The Lost Princess of Oz