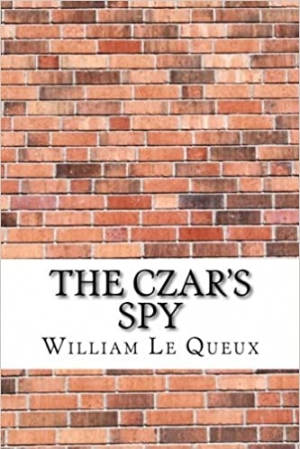 "There was a mysterious affair last night, signore.""Oh!" I exclaimed. "Anything that interests us?""Yes, signore," replied the tall, thin Italian Consular-clerk, speaking with a strong accent.
Download book (epub - 589.16 KB)
This link for educational purpose only. Please remove file from your computer after familiarization.

"There was a mysterious affair last night, signore.""Oh!" I exclaimed. "Anything that interests us?""Yes, signore," replied the tall, thin Italian Consular-clerk, speaking with a strong accent. "An English steam yacht ran aground on the Meloria about ten miles out, and was discovered by a fishing-boat who brought the news to harbor. The Admiral sent out two torpedo-boats, which managed after a lot of difficulty to bring in the yacht safely, but the Captain of the Port has a suspicion that the crew were trying to make away with the vessel.""To lose her, you mean?"The faithful Francesco, whose English had mostly been acquired from sea-faring men, and was not the choicest vocabulary, nodded, and, true Tuscan that he was, placed his finger upon his closed lips, indicative of silence."Sounds curious," I remarked. "Since the Consul went away on leave things seem to have been humming—two stabbing affrays, eight drunken seamen locked up, a mutiny on a tramp steamer, and now a yacht being cast away—a fairly decent list! And yet some stay-at-home people complain that British consuls are only paid to be ornamental! They should spend a week here, at Leghorn, and they'd soon alter their opinion."

Design Is a Job Sented by Shon