The Economics of Science A Critical Realist Overview Sented by Cameron 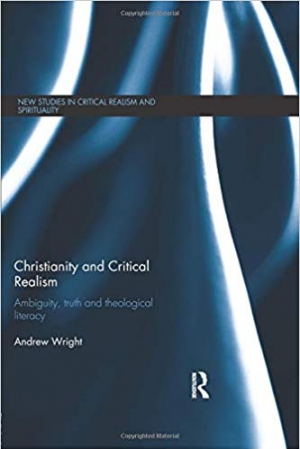 The Economics of Science A Critical Realist Overview

Dramatic and controversial changes in the funding of science over the past two decades, towards its increasing commercialization, have stimulated a huge literature trying to set out an "economics of science".
Download book (pdf - 806.81 KB)
This link for educational purpose only. Please remove file from your computer after familiarization.

Dramatic and controversial changes in the funding of science over the past two decades, towards its increasing commercialization, have stimulated a huge literature trying to set out an "economics of science". Whether broadly in favour or against these changes, the vast majority of these frameworks employ ahistorical analyses that cannot conceptualise, let alone address, the questions of "why have these changes occurred?" and "why now?" Nor, therefore, can they offer much insight into the crucial question of future trends. Given the growing importance of science and innovation in an age of both a globalizing knowledge-based economy (itself in crisis) and enormous challenges that demand scientific and technological responses, these are significant gaps in our understanding of important contemporary social processes.

This book argues that the fundamental underlying problem in all cases is the ontological shallowness of these theories, which can only be remedied by attention to ontological presuppositions. Conversely, a critical realist approach affords the integration of a realist political economy into the analysis of the economics of science that does afford explicit attention to these crucial questions; a 'cultural political economy of research and innovation' (CPERI). Accordingly, the book sets out an introduction to the existing literature on the economics of science together with novel discussion of the field from a critical realist perspective. In arguing thus across levels of abstraction, however, the book also explores how concerted engagement with substantive social enquiry and theoretical debate develops and strengthens critical realism as a philosophical project, rather than simply 'applying' it.

While the first of these two volumes argues how mainstream economics is inadequate to the task of an explanatory and critical 'economics of science', the challenge in this second volume is to examine the strengths and weaknesses of disciplines offering more promising starting points. Two social scientific disciplines are particularly promising candidates, starting from 'economy' or 'science', namely heterodox political economy and science & technology studies respectively. Synthesising these into an 'economics of science', however, still encounters considerable hurdles, in that there remain some fundamental and mutual philosophical incompatibilities. Formulating an 'economics of science' thus demands that both 'economics' and 'science' be redefined. The book explores how a critical realist approach affords some common ground upon which this productive synthesis may be pursued, in the form of a cultural political economy of research and innovation (CPERI).

Your First Leadership Job: How Catalyst Leaders Bring Out the Best in Others

The Dream: A Practical Guide to Achieving Your Life's Purpose

The Road to Recovery: How and Why Economic Policy Must Change

The Ocean in a Drop Singapore The Next Fifty Years

The Great Transformation The Political and Economic Origins of Our Time, 2nd Edition

The Business of Genomic Data

Rich Dad's Guide to Investing: What the Rich Invest in, That the Poor and the Middle Class Do Not!

The Role of Origin of Fame in Influencer Branding: A Comparative Analysis of German and Russian Consumers