The Elusive Pimpernel Sented by Daniel 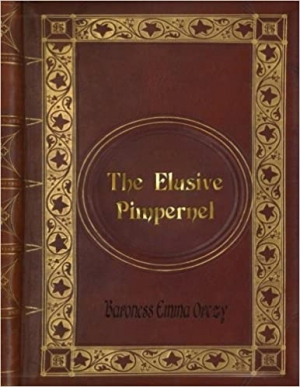 First published in 1908, The Elusive Pimpernel by Baroness Orczy is the 4th book in the classic adventure series about the Scarlet Pimpernel.
Download book (epub - 1.06 MB)
This link for educational purpose only. Please remove file from your computer after familiarization.

First published in 1908, The Elusive Pimpernel by Baroness Orczy is the 4th book in the classic adventure series about the Scarlet Pimpernel. It is September 1793 and French Agent and chief spy-catcher Chauvelin is determined to get his revenge for the previous humiliations dished out to him at the hands of the Scarlet Pimpernel. Chauvelin travels to England as an official representative of the French government tasked with looking after the interests of French citizens, but this is only a cover and his real purpose is to trick Sir Percy Blakeney into returning to France, where he can be captured and put to the guillotine.

Oomphel in the Sky