The Fifth-Dimension Tube Sented by Daniel 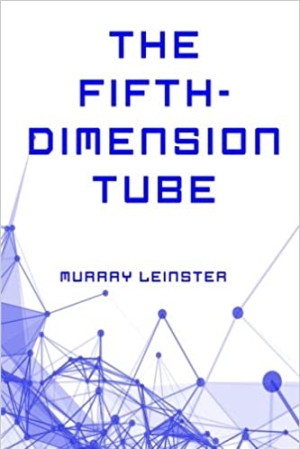 By way of Professor Denham’s Tube, Tommy and Evelyn invade the inimical Fifth-Dimensional world of golden cities and tree-fern jungles and Ragged Men.
Download book (pdf - 511.97 KB)
This link for educational purpose only. Please remove file from your computer after familiarization.

William Fitzgerald Jenkins is an obscure name in literary circles, and it certainly doesn’t seem appropriate for an author who wrote thousands of short stories in science fiction, alternate fantasy, and other types of “weird” fiction genres. Perhaps that’s why Jenkins chose a more eccentric pen name, Murray Leinster, to publish over 1,500 short stories and articles, 14 movie scripts, and hundreds of radio scripts and television plays.
Leinster is not as well known as the 20th century’s biggest names in the genre, like Lovecraft or Hitchcock, but he left a lasting mark on science-fiction. Leinster is still credited as the first to write stories about parallel universes, which had an influence on subsequent writers’ stories, including Isaac Asimov’s The End of Eternity. Incredibly, Leinster’s short story First Contact was even the subject of a lawsuit against Paramount Pictures’ Star Trek: First Contact movie, with Leinster’s heirs claiming copyright infringement. The courts threw out the heirs’ suit, noting that the phrase “first contact” had become so common in science-fiction circles that it could no longer be considered protected. Perhaps that’s the most fitting tribute of all to Leinster.

The Ghost Who Fell In Love