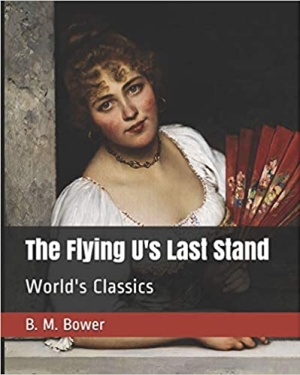 Progress is like the insidious change from youth to old age, except that progress does not mean decay. The change that is almost imperceptible and yet inexorable is much the same, however. You will see a community apparently changeless as the years pass by; and yet, when the years have gone and you look back, there has been a change. It is not the same. It never will be the same. It can pass through further change, but it cannot go back.
Download book (pdf - 1,008.81 KB)
This link for educational purpose only. Please remove file from your computer after familiarization.

Progress is like the insidious change from youth to old age, except that progress does not mean decay. The change that is almost imperceptible and yet inexorable is much the same, however. You will see a community apparently changeless as the years pass by; and yet, when the years have gone and you look back, there has been a change. It is not the same. It never will be the same. It can pass through further change, but it cannot go back. Men look back sick sometimes with longing for the things that were and that can be no more; they live the old days in memory—but try as they will they may not go back. With intelligent, persistent effort they may retard further change considerably, but that is the most that they can hope to do. Civilization and Time will continue the march in spite of all that man may do.That is the way it was with the Flying U. Old J. G. Whitmore fought doggedly against the changing conditions—and he fought intelligently and well. When he saw the range dwindling and the way to the watering places barred against his cattle with long stretches of barbed wire, he sent his herds deeper into the Badlands to seek what grazing was in the hidden, little valleys and the deep, sequestered canyons. .........Bertha Muzzy Sinclair or Sinclair-Cowan, née Muzzy (November 15, 1871 – July 23, 1940), best known by her pseudonym B. M. Bower, was an American author who wrote novels, fictional short stories, and screenplays about the American Old West. Her works, featuring cowboys and cows of the Flying U Ranch in Montana, reflected "an interest in ranch life, the use of working cowboys as main characters (even in romantic plots), the occasional appearance of eastern types for the sake of contrast, a sense of western geography as simultaneously harsh and grand, and a good deal of factual attention to such matters as cattle branding and bronc busting." She was married three times: to Clayton Bower in 1890, to Bertrand William Sinclair (also a Western author) in 1905, and to Robert Elsworth Cowan in 1921. However, she chose to publish under the name Bower.Early lifeBorn Bertha Muzzy in Otter Tail County, Minnesota, to Washington Muzzy and Eunice Miner Muzzy, Bower moved with her family to a dryland homestead near Great Falls, Montana, in 1889. That fall, just before her eighteenth birthday, she began teaching school in nearby Milligan Valley. The school was a small, hastily converted log outbuilding, and she taught twelve pupils. Her experiences as a teacher informed the characters of schoolma'ams who appear frequently in her in the writings, notably in The North Wind Do Blow (1937), in which a young, eastern-born schoolma'am teaches her first term in central Montana. After one term as a schoolteacher, Bower returned to her family's homestead.Writing careerBower began writing to "save my sanity" after moving to Big Sandy with her first husband. Seeking financial independence from Clayton, she began sending stories to publishers in 1900. She regularly wrote new material while continuing to send out her old stories once a month. Bower published her first short story, "Strike of the Dishpan Brigade," locally in 1901. Her first short story to be published nationally, "Ghost in the Red Shirt," appeared in Lippincott’s Magazine in 1904.Later that year, Bower published her first Western novel, Chip of the Flying U, as a serial in Popular Magazine by Street & Smith. The book introduced readers to the fictional Flying U Ranch and the "Happy Family" of cowboys who lived there. The story line centers on a cowboy named Chip and his relationship with Dr. Della Whitmore, a self-reliant doctor from the East who "can shoot a coyote, laugh off a hazing, doctor a horse, and turn cowboys into pediatric orderlies." Their relationship begins coldly when Della takes credit for a painting done by Chip. But they fall in love after Della restores credit to Chip and after Chip rescues Della from a runaway horse. ..

The Triumph of the Scarlet Pimpernel

The Party and Other Stories

The Mutineer: A Romance of Pitcairn Island