The Frontier Sented by Emma 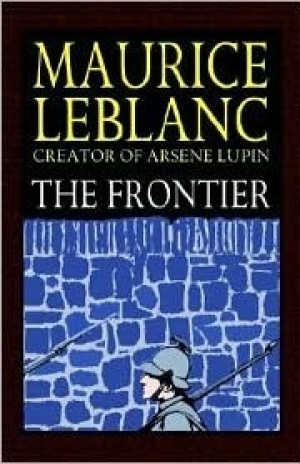 This book was converted from its physical edition to the digital format by a community of volunteers. You may find it for free on the web. Purchase of the Kindle edition includes wireless delivery.
Download book (pdf - 820.31 KB)
This link for educational purpose only. Please remove file from your computer after familiarization.

This early work by Maurice Leblanc was originally published in 1911 and we are now republishing it with a brand new introductory biography. "The Frontier" is a classic war story and is that old idea of the conflict between the old and the new, between fathers and sons, and between the intense convictions of yesterday and tomorrow. Maurice Marie Émile Leblanc was born on 11th November 1864 in Rouen, Normandy, France. He was a novelist and writer of short stories, known primarily as the creator of the fictional gentleman thief and detective, Arsène Lupin. From the start, Leblanc wrote both short crime stories and longer novels - and his lengthier tomes, heavily influenced by writers such as Flaubert and Maupassant, were critically admired, but met with little commercial success. Leblanc was largely considered little more than a writer of short stories for various French periodicals when the first Arsène Lupin story appeared. It was published as a series of stories in the magazine 'Je Sais Trout', starting on 15th July, 1905. Clearly created at editorial request under the influence of, and in reaction to, the wildly successful Sherlock Holmes stories, the roguish and glamorous Lupin was a surprise success and Leblanc's fame and fortune beckoned. In total, Leblanc went on to write twenty-one Lupin novels or collections of short stories. On this success, he later moved to a beautiful country-side retreat in Étreat (in the Haute-Normandie region in north-western France), which today is a museum dedicated to the Arsène Lupin books. He died in Perpignan (the capital of the Pyrénées-Orientales department in southern France) on 6th November 1941, at the age of seventy-six.

The Sheikh's Heir (The Santina Crown #2)

The Heritage of the Desert