The Further Adventures of Jimmie Dale Sented by Rebecca 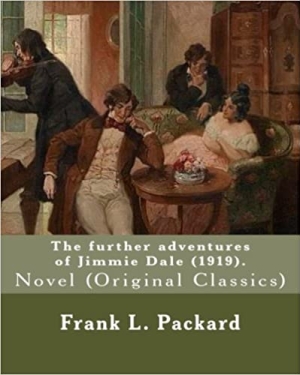 The Further Adventures of Jimmie Dale

The exploits of a man who is both a criminal and a rich clubman. Called "one of the most successful mystery stories" by the Philadelphia Record.
Download book (pdf - 1.22 MB)
This link for educational purpose only. Please remove file from your computer after familiarization.

Frank Lucius Packard (1877-1942) was a Canadian novelist. He was born in Montreal, Quebec and as a young man went to work as a civil engineer for the Canadian Pacific Railway. His experiences working on the railroad led to his writing a series of mystery novels, the most famous of which featured a character called "Jimmie Dale"; who first appeared in the novel The Adventures of Jimmie Dale in 1917. He was a wealthy playboy by day, but at night put on a costume and became The Grey Seal, who enters businesses or homes and cracks safes, always leaving a grey seal behind to mark his conquest, but never taking anything.

The Secret of the Tower

Tales of the Fish Patrol

Mad About The Boy