The Girl at the Halfway House Sented by Jacob 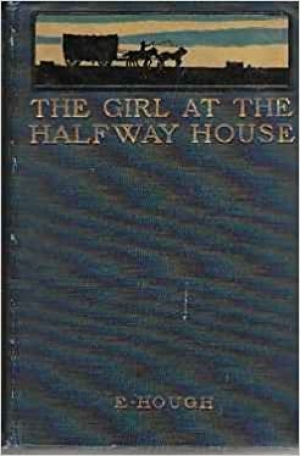 The Girl at the Halfway House

"The Girl at the Halfway House" has been called an American epic by critics who have read the manuscript. The author illustrates the strange life of the great westward movement which became so marked in this country after the civil war.
Download book (pdf - 965.69 KB)
This link for educational purpose only. Please remove file from your computer after familiarization.

The band major was a poet. His name is lost to history, but it deserves a place among the titles of the great. Only in the soul of a poet, a great man, could there have been conceived that thought by which the music of triumph should pass the little pinnacle of human exultation, and reach the higher plane of human sympathy. Forty black horses, keeping step; forty trumpeters, keeping unison; this procession, headed by a mere musician, who none the less was a poet, a great man, crossed the field of Louisburg as it lay dotted with the heaps of slain, and dotted also with the groups of those who sought their slain; crossed that field of woe, meeting only hatred and despair, yet leaving behind only tears and grief. Tears and grief, it is true, yet grief that knew of sympathy, and tears that recked of other tears. For a long time the lines of invasion had tightened about the old city of Louisburg, and Louisburg grew weaker in the coil. When the clank of the Southern cavalry advancing to the front rang in the streets, many were the men swept away with the troops asked to go forward to silence the eternally throbbing guns. Only the very old and the very young were left to care for the homes of Louisburg, and the number of these grew steadily less as the need increased for more material at the front. Then came the Southern infantry, lean, soft-stepping men from Georgia and the Carolinas, their long black hair low on their necks, their shoes but tattered bits of leather bound upon their feet, their blankets made of cotton, but their rifles shining and their drill perfection. The wheat lay green upon the fields and the odours of the blossoms of the peach trees hung heavy on the air; but there was none who thought of fruitage or of harvest. Out there in front, where the guns were pulsing, there went on that grimmer harvest with which the souls of all were intimately concerned. The boys who threw up their hats to greet the infantry were fewer than they had been before the blossoming of the peach. The war had grown less particular of its food. A boy could speed a bullet, or could stop one. There were yet the boys. Of all the old-time families of this ancient little city none held position more secure or more willingly accorded than the Fairfaxes and the Beauchamps. There had always been a Colonel Fairfax, the leader at the local bar, perhaps the representative in the Legislature, or in some position of yet higher trust. The Beauchamps had always had men in the ranks of the professions or in stations of responsibility. They held large lands, and in the almost feudal creed of the times they gave large services in return. The curse of politics had not yet reached this land of born politicians. Quietly, smoothly, yet withal keyed to a high standard of living, the ways of this old community, as of these two representative families, went on with little change from generation to generation.

The Treasure of the Incas

Doors of the Night

The Trampling of the Lilies

Brood of the Dark Moon:

The Riddle of the Frozen Flame

Ayesha The Return of She