The Hasegawa Garden Sented by Musa 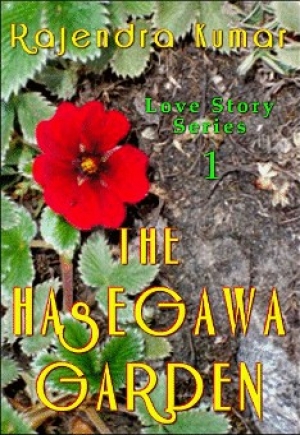 When two 13-year old girls are raped and murdered in Okinawa, a Washington based magazine ‘The Herald’ decides to cover the story because American airmen from Kadena air base are suspected of involvement.
Download book (pdf - 458.30 KB)
This link for educational purpose only. Please remove file from your computer after familiarization.

When two 13-year old girls are raped and murdered in Okinawa, a Washington based magazine ‘The Herald’ decides to cover the story because American airmen from Kadena air base are suspected of involvement. The magazine assigns the task to Chieko Hasegawa because of her Japanese ancestry. this is ironical because Chieko had rejected Japanese traditions in favor of a western lifestyle early in her life and had earned the irk of her parents, although a rapprochement had been achieved with them at her father’s deathbed. The heinous nature of the crime forces Chieko to cross the boundary of her professional expertise and start acting like a detective. As she tries to get the DNA of the suspected American airmen, she is assassinated, leaving behind her American husband, Steven, and daughter, Mitsu. Steven is distraught, dejected, and disheartened at the loss of his wife and distressed at the wrangling of the American bureaucracy which refuses to assist him in apprehending the culprits. He buries Chieko’s ashes next to her father’s because he sees her as a Hasegawa in the western garb. Then he resigns from his law firm to devote all his time to Mitsu, Chieko’s only legacy left to him. Later when Chieko’s mother dies, Steven sees that as the end of his connection with the Japan, and, being the only legal heir, he decides to donate the Hasegawa property to the local Community Center and goes to Mizue, the village where the property is located, to complete the transaction. He travel with Mitsu, only four at the time, who has become his own self. As he visits the dilapidated house to collect a few mementoes of his love, his mind is flooded with the memories of his first visit to Japan with Chieko. To keep his love for his wife alive, he plants her favorite fruit tree, persimmon, in the Hasegawa garden. That’s when he has change of heart. Not wanting to discard a place where Chieko was born and grew up, where Mitsu was conceived, and where he himself feels happy and connected with life, Steven decides to keep the Hasegawa property and stay in Japan.

The Honour of the Knights

The Paradigm: The Ancient Blueprint That Holds the Mystery of Our Times

Lord of the World

The Madman and the Pirate

The Call of the North

Daughters of the Vicar