The Haunted Baronet Sented by Luis 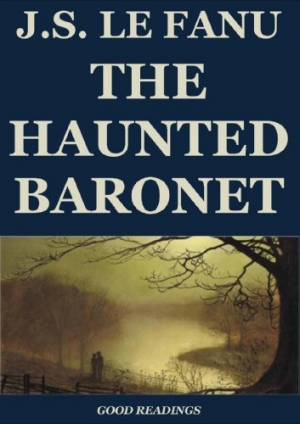 The Haunted Baronet by Joseph Sheridan Le Fanu was originally published in 1871. It is a book full of the ghost stories. The very finest in ghostly literature written by a master of the genre Joseph Sheridan Le Fanu. Joseph Sheridan Le Fanu (1814-1873) was an Irish writer of Gothic tales and mystery novels. He was the premier ghost story writer of the nineteenth century and had a seminal influence on the development of this genre in the Victorian era. Le Fanu studied law at Trinity College in Dublin. He soon abandoned law for journalism. In 1838 he began contributing stories to the Dublin University Magazine. He became owner of several newspapers from 1840, including the Dublin Evening Mail and the Warder. Le Fanu worked in many genres but remains best known for his mystery and horror fiction. He was a meticulous craftsman, with a penchant for frequently reworking plots and ideas from his earlier writing in subsequent pieces of writing.

A Hole in the Language