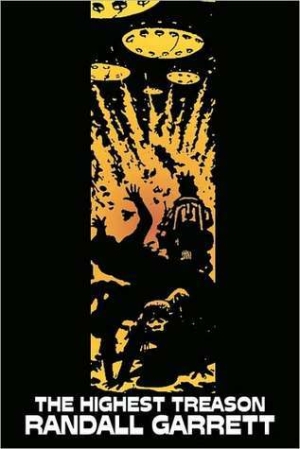 The highest treason of all is not so easy to define--and be it noted carefully that the true traitor in this case was not singular, but very plural...
Download book (pdf - 458.48 KB)
This link for educational purpose only. Please remove file from your computer after familiarization.

TRAITOR TO THE HUMAN RACE

It was a space war on a massive scale against an alien enemy sworn to enslave mankind on Earth and all its colonies . . .

But mankind's society had grown weak, forgetting the key component that had made it reach for the stars in the first place.

Now it was mired in a bland, homogenized, politically-correct mess, bankrupt of values.

Sebastian MacMaine, a master strategist, abandoned the Earth Empire to work for the Kerothi and their alien space fleets. His was the most startling mission in human history.

Here is a shocking story of thrilling space battles. It is political and philosophical science fiction that you will never forget, by a master of the form.

The Go Ahead Boys in the Island Camp

A Voyage to the Moon

The Courtship of Susan Bell