The Journal I Did Not Keep: New and Selected Writing Sented by Sarah Gerdes 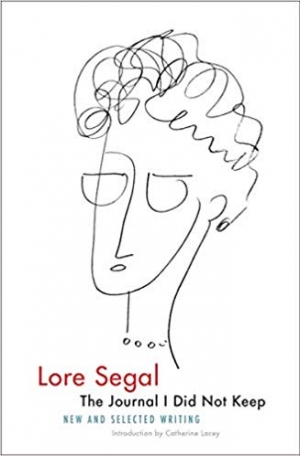 The Journal I Did Not Keep: New and Selected Writing

Download book (epub - 615.28 KB)
This link for educational purpose only. Please remove file from your computer after familiarization.

"For almost six decades Segal has quietly produced some of the best fiction and essays in American literature, as this generous sampler attests."—The New York Times

"Segal is a monumental writer, one of the finest of her generation; this lovely collection is a fine introduction to her work."—Kirkus Reviews

From the award-winning New Yorker writer comes this essential volume spanning almost six decades. Admired for “a voice unlike any other” (Cynthia Ozick) and a style both “wry and poignant” (The New Yorker), Lore Segal is a master literary stylist.

This volume collects some of her finest work—including new and uncollected writing—and selections from her novels, stories, and essays.

From her very first story—which appeared in The New Yorker in 1961—to today, Segal’s voice has been unique in contemporary American literature: Hilarious and urbane, heartbreaking and profound, keen and utterly unsentimental.

Segal has often used her own biography as both subject and inspiration: At age ten she was sent on the Kindertransport from Vienna to England to escape the Nazi invasion of Austria; grew up among English foster families; and eventually made her way to the United States. This experience was the impetus for her first novel, Other People’s Houses, and one that she has revisited throughout her career.
From that beginning, Segal’s writing has ranged widely across form as well as subject matter. Her flawless prose and light touch belie the rigor and intelligence she brings to her art—qualities that were not missed by the New York Times reviewer who pointedly observed, “though it was not written by a man . . . Segal may have come closer than anyone to writing The Great American Novel.”


With this volume comes a long-awaited career retrospective of an important American Writer.

Rage Inside the Machine: The Prejudice of Algorithms, and How to Stop the Internet Making Bigots of Us All

A Basic Theory of Everything

The Anatomy of the Commodore 64

The Girl in the Spider's Web. Continuing Stieg Larsson's

The Handbook of Narrative Analysis