The Knights of the Cross Sented by Steve Bark 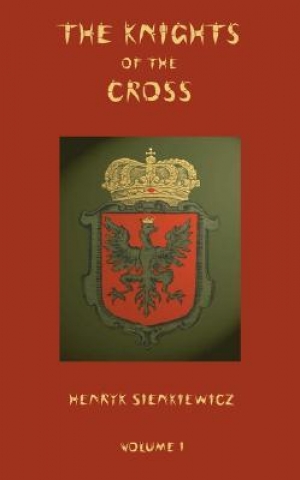 The Knights of the Cross

The romance of Sienkiewicz in this volume is perhaps the most interesting and fascinating he has yet produced.
Download book (pdf - 1.90 MB)
This link for educational purpose only. Please remove file from your computer after familiarization.

The romance of Sienkiewicz in this volume is perhaps the most interesting and fascinating he has yet produced. It is in the very first rank of imaginative and historical romance. The time and scene of the noble story are laid in the middle ages during the conquest of Pagan Lithuania by the military and priestly order of the "Krzyzacy" Knights of the Cross. And the story exhibits with splendid force the collision of race passions and fierce, violent individualities which accompanied that struggle. Those who read it will, in addition to their thrilling interest in the tragical and varied incidents, gain no little insight into the origin and working of the inextinguishable race hatred between Teuton and Slav. It was an unfortunate thing surely, that the conversion of the heathen Lithuanians and Zmudzians was committed so largely to that curious variety of the missionary, the armed knight, banded in brotherhood, sacred and military. To say the least, his sword was a weapon dangerous to his evangelizing purpose. He was always in doubt whether to present to the heathen the one end of it, as a cross for adoration, or the other, as a point _to kill with._ And so, if Poland _was_ made a Catholic nation, she was also made an undying and unalterable hater of the German, the Teutonic name and person.

Battle of the Monkey & the Crab

Tales of the Enchanted Islands of the Atlantic

Where the Blue Begins

The Royal Book of Oz

All the Way to Fairyland

The Romance of Golden Star

Jaufry the Knight and the Fair Brunissende

The Line of Love